Many different series of games have become available as of lately, which begs the question: Which game is the best of each series? The days of a huge hit single being released have long since passed, the vast majority of games coming out, come out with a planned prequel or sequel to them. These sequels and prequels also usually drastically change the game, sometimes in ways we dont really want, or need them to. People usually have a strong opinion on which game out of which particular series they enjoy the most, and Age of Empires is no different. The vast majority of Age of Empires players will tell you that Age of Empires II was by far the best release to date, though there will still be the odd person that favors the first, or even the third release.

It is a bit unusual to have the first game of a series remastered, only after the second one has, but it is not unheard of. Breathing new life into an old game can be a great way of bringing back some nostalgic players that want to relive their past and, in many cases has been a huge success. Sometimes it can be difficult to play an older game, with all the new technology available, and high end graphics, its hard to want to be brought back to a time when pixels were king.

The remastered Age of Empires is still solely focused on ancient history, such as the Greeks, Persians, Romans, and Egyptians. So the game has not lost any of its classic feel. Each campaign, quest, and area is enriched with historical accuracy. It does take some commitment though, as it is a remake of an older game, so it may seem slower paced than some newer games.

The steps taken in the tutorial may seem long and drawn out, but there is a grand scheme to learning all the things the tutorial has to offer. For example, when learning to farm, you are not just learning to farm. You are learning how the farming affects everything else that is connected to it. This is what makes Age of Empires what it is, each small, seemingly insignificant action actually has a purpose. Learning this fact early on is important, in order to properly use your resources and skills later in the game.

Where as with most games, if you had begun to talk about another game in the same series, you would undoubtedly end up arguing over small points, and changes, as sometimes these sequels and prequels can seems similar in alot of ways. Age of Empires, while there are similarities visually, is a completely different game than its counterparts. The focus for each game is on a different era, which makes the core game difficult to throw into another story. Age of Empires: Definitive Edition has kept the original game in all of its glory, but made it much nicer to look at. If you had an interest in trying the original Age of Empires, this would by far be the best way to experience it at its finest.

All of the old tricks and glitches are still available in the remastered Age of Empires: Definitive Edition, including cheat codes, and some not-so-great game mechanics fails, such as not having a gate to install on your walls, so you are left with an open wall, or stuck walling yourself in completely. I personally find these to be good memories, of a simpler time, other people may find it frustrating though. The only thing that you will really find has changed between the original and the remastered version is just that, it has been remastered, that have not added any quality of life features, or anything that would make the game easier in general.

Next Post World of Warcraft Classic to launch in 2019 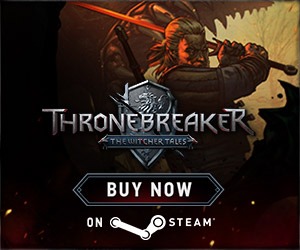